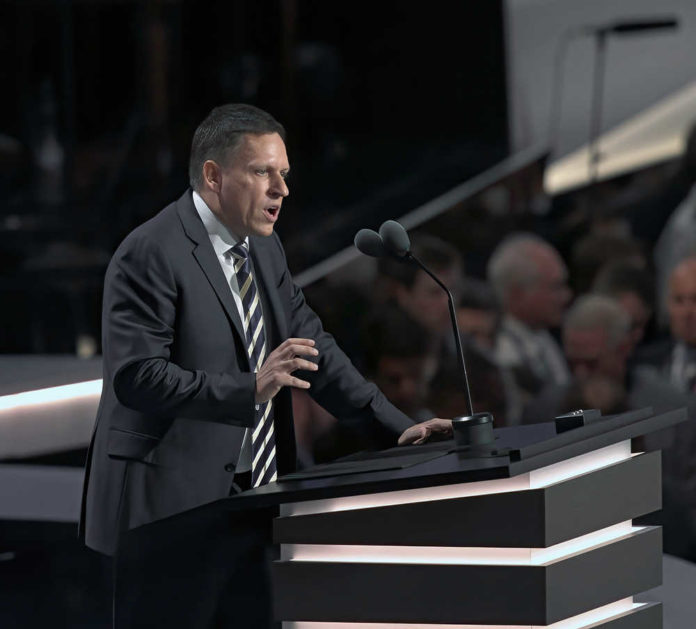 (PresidentialWire.com)- The Leftwing corporate media has launched yet another attack on tech billionaire Peter Thiel over his support of Republican Senate candidates Blake Masters and J.D. Vance.

First, The Daily Beast targeted Thiel for having the temerity to create super PACs supporting Vance in Ohio and Masters in Arizona. Now, the website Cracked.com has followed suit, portraying Blake Masters as a mindless meat puppet molded in Thiel’s image.

According to Eli Yudin from Cracked, Thiel, like every billionaire with a lot of time on his hands, has decided to undermine our democracy by backing Republican candidates. But to Yudin, what makes Thiel especially horrible is his candidate Blake Masters.

Masters you see was nothing but a “ball of wayward clay” that Thiel has taken and molded as he sees fit.

Blake Masters, Yudin explains, is nothing but an empty vessel being used by Thiel to do his bidding in the Senate.

It’s hard to figure out whom the Left hates more, a billionaire who doesn’t fall in line to support Democrat politicians or the Republican candidate said billionaire decides to support.

But it is fascinating watching the corporate media lose its mind over a Republican billionaire supporting political candidates while having no problem with Democrat billionaires doing the same for years.

If someone on the right says a single negative thing about George Soros who has sunk more money than the entire GDP of most nations into supporting Democrat candidates and causes, the same corporate media types shriek like stuck pigs while hurling around accusations of “anti-Semitism.”

But one tech billionaire sails against the wind and supports Republican candidates and those same media types don’t hesitate to write hit-pieces about him.

You can read the idiotic article HERE.

Though, why anyone would want to is a mystery.