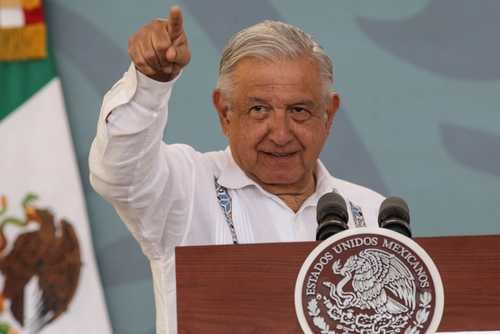 (Presidentialwire.com)- A leading Mexican journalist survived an assassination attempt in Mexico City last week. Ciro Gomez Leyva is reportedly very critical of the Mexican government and survived thanks to his armored vehicle.

Two gunmen on a motorcycle targeted Leyva at 11 p.m. on December 16. Photographs from the incident show two shots on the driver’s side window and three more on the hood and windshield.

Mexico City’s Economic Development Secretary Fadlala Akabani spoke out the news of the assassination attempt began to circulate. Akabani said that it was likely members of the “oligarchy” that carried out the attack to discredit the government. Shortly after tweeting the comment, he deleted it.

Leyva has reportedly been a harsh critic of President Andres Manuel Lopez Obrador (AMLO), covering government corruption, cash bribes, its ties to the cartels, and other abuses of power. In return, Obrador has criticized Leyva as being a mouthpiece for the oligarchy and former presidents.

Obrador has also been criticized by international press freedom organizations for his attacks on journalists like Leyva. These organizations have also dubbed Mexico as the most dangerous place for journalists, besides active war zones. In 2022, the country reportedly murdered 16 journalists.

The Mexican government recently came under scrutiny from the United States after using footage of Philadelphia in their anti-drug ads, according to a report from American Pigeon. The footage reportedly showed homeless people and drug users in the neighborhood of Kensington.

The spokesman for Mexican President Obrador, Jesús Ramírez Cuevas, refused to comment on the matter.

“Now the narcos are adding fentanyl to hook you from the first time you use. Fentanyl kills,” the narrator says in Spanish. But fentanyl use in Mexico is low compared with usage in the United States. The source of fentanyl in the U.S. allegedly comes from Mexico as a result of lenient border policies.