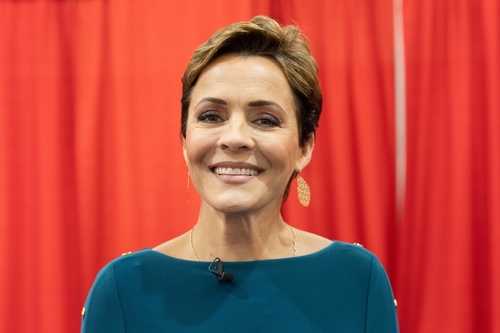 (Presidentialwire.com)- Republican challenger for Arizona governor Kari Lake is embattled in a legal dispute with Secretary of State Katie Hobbs, who went on to win the 2022 midterm election. Lake and her team allege widespread fraud in the state, particularly in Maricopa County, which was the bastion of fraud claims in the 2020 presidential election.

After Lake’s legal challenge was thrown out in court, the team still believes they have an opportunity to win, according to an op-ed from Mediaite. The Lake campaign Twitter account, called the “War Room,” which maintains the outlook that Lake will still eventually win the governorship, has been called “chaotic.”

The account has reportedly posted questionable tweets and has previously taken the time to reply to and try to discredit followers with double-digit followers.

“Being white is awesome and you won’t make me feel guilty about it…College is turning white women into woke zombies,” some of the tweets read.

When Hobbs prevailed in the election, the account continued to make claims that the election in Maricopa County was stolen. According to the Mediaite author, these claims are unsubstantiated and are highlighted by flip-flopping.

“They said we wouldn’t get this far,” the war room tweeted after a federal judge said that Lake could have the opportunity to prove two of the charges she brought against election officials for allegedly conspiring against her to steal the gubernatorial seat.

“The way they run elections in Maricopa County is worse than in banana republics around this world,” Lake told The Daily Mail after the state’s attorney general’s office reportedly opened an inquiry into the allegations of polling issues in the county, including tabulation errors.

Lake asserts that she may not know the solution but believes she will become governor where “honesty” will be restored to elections. She reports that she is “collecting evidence and data” and has assembled a legal team to right the wrongs experienced by voters on Election Day.