(PresidentialWire.com)- A British man from Manchester, one of the biggest cities in England, was caught on camera wearing a live snake as a mask while sitting on a bus. The footage was taken on Monday, and shows a man wearing the live snake and casually sitting on the bus as if it was entirely normal.

In the United Kingdom, it is required by law for people to wear masks on public transport and in shops and shopping centers, however the rules are less strict in pubs and restaurants. The man was presumably protesting the rules, or attempting to have a bit of fun.

A witness spoke to local newspaper the Manchester Evening News saying that, at first, they didn’t realize it was a snake.

“At first I thought he had a really funky mask on, then he let it crawl around the handrails,” the witness said. “No one was really bothered on the bus but a man behind took a video.”

Nobody raised an eyebrow when a man wore a snake on his face. How British!

There have been other bizarre stories like this, including the one of former Libertarian Party presidential candidate and the founder of the famous anti-virus software, John McAfee, being arrested in Norway for wearing a lacey thong as a mask. Well, at least, he pretended to be arrested over it for a laugh.

And, back to the UK, another man named Michael Richards traveled from England to the Spanish island of Tenerife without wearing the required mask throughout the flight by eating Pringles – chips – for four hours. The rules state that a mask is not required for as long as an individual is actively eating or drinking, so Richard didn’t stop eating for the entire trip. Speaking to the Evening Standard, Richards said he didn’t do it because he is an anti-masker – which he isn’t – but that he thought it would be a “laugh.”

That, and he did a good job exposing how silly the rules are. 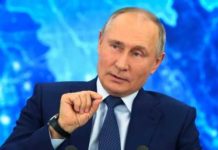